Opinions vary wildly on whether you’re better off buying a car that runs on diesel or petrol. Most small cars have petrol engines, while larger vehicles often come with diesel engines. Diesel engines have long held a bad reputation for noise and pollution, but they have come far in recent years.

However, although usually the best option financially if you tend to make a lot of long journeys, diesel are not as economic if you mainly use a car to drive around town or make short journeys outside of it.

So what are the basic facts about petrol and diesel, and which is best for you?

Diesel tends to be more expensive to buy at the pump than petrol – currently, it is sitting at around 111.0, compared to 115.37 per liter for petrol. However, diesel engines tend to be more efficient and so require less refilling. This efficiency attracts lower road tax, another important point to note.

Experts suggest that if you drive fewer than 11.000 miles in a year that you are better off buying a car on finance that runs on petrol, but that may not hold true for much longer as the cost of crude oil is falling and with it the cost of diesel. That mileage figure could easily creep towards 11,500 or higher.

Years ago, you could always tell when a diesel car was coming along by the clatter the engine made, but modern technology has all but resolved that. More precise fuel injection systems have put a stop to the noise to the point that if you were stood next to a car with the engine idling, you’d find it near impossible to determine if it was a petrol or diesel by the engine noise alone.

And over the next few years, we can expect the difference to become even less noticeable, meaning that the issue of noise when choosing a diesel has now all but been eradicated, so long as you’re buying a newer model.

Debate continues to rage over how environmentally-friendly diesel is. In Paris, the mayor has tried to ban them from the streets altogether, while in the UK some local authorities, notably in London, have begun imposing higher charges for parking permits on diesel-drivers due to the perceived impact of diesel emissions on health.

But several leading car manufacturers have questioned the theory. They argue that because diesel engines are more efficient with fuel, they actually reduce CO2 emissions and thus air pollution.

Nevertheless, the chemicals released by diesel engines are a major concern to environmental campaigners and EU politicians right now, and it’s not unlikely that we will see further restrictions on where they can be driven in the future. While diesel technology is becoming more advanced – with particulate filters having been introduced, for example – this may not be enough.

Generally, when it comes to routine maintenance and servicing, there is not much difference between diesel and petrol cars. But when there are major engine problems, it is often the diesel that proves more expensive to fix. This is especially an issue with the aforementioned particulate filters which can cost several thousand pounds to replace. Not something you want to go through twice!

Diesel engines are generally more powerful than petrol engines from lower revs. If you want that extra torque for overtaking, or you need some pulling power – perhaps if you often have a caravan or trailer behind your car – then a diesel is going to be a more attractive option.

Related  Driving Overseas - What You Need to Know

Petrol cars are usually less expensive to buy, but diesel will tend to retain more of its value, so if you plan to sell it on in a few years then you might want to look at a diesel instead.

Whether are best buying a car that runs on diesel or petrol will essentially depend on your needs, budget, and how many miles you expect to do every year.

But if you live in a major city, then the issue of future regulation on diesel in efforts to cut air pollution should also be a strong consideration. Let’s not forget about ULEZ if you live around London. 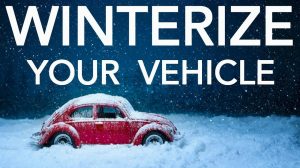 Best Ways to Winterize Your Truck 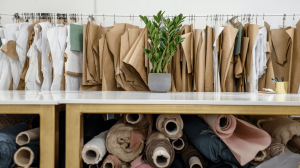 Advantages of The Driveway Basketball Hoops 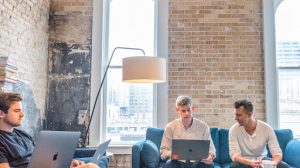 Top 6: The Best Furniture Brands You Need To Know